Architectural design that shaped the Motor City also has played a key role in creating the Ford Mustang Mach-E interior, its designer says.

“I didn’t realize it until I moved to Detroit, there’s so much mid-century modern design. This is the epicenter,” said Josh Greiner, an industrial designer who submitted the Mach-E interior theme selected by Ford.

“Charles and Ray Eames and Florence Knoll went to Cranbrook together and then changed the world with their modern architecture,” he said.

The legacy of Cranbrook Academy of Art in Bloomfield Hills includes among its famous visiting artists Frank Lloyd Wright and Alvar Aalto — global visionaries for their unembellished and elegant furniture and home design from the mid-1930s to mid-1960s.

But the depth of talent goes even deeper, further influencing the Mach-E.

Architect Eliel Saarinen, who designed the Cranbrook campus after establishing his international career in Finland, watched his son grow up to teach at Cranbrook. Eero Saarinen later eclipsed his father, designing the General Motors Tech Center, JFK Airport and the St. Louis Gateway Arch, as well as spectacular furniture.

Their work is featured in art museums, including the Eames Lounge Chair, Seranin Womb Chair and Tulip Chair and the Mies van der Rohe Barcelona chairs.

From chairs to cars

“A  lot of us find inspiration with classic design. We’re trying to do more timeless design and less trend design,” Greiner said. “Trendy design is exciting for the moment but doesn’t age very well.”

Iconic vehicles like the Mustang and Ford Bronco, he said, need to be able to stand the test of time and stillbe cherished. He marveled at the homes all over Detroit, especially in the Mies van der Rohe collection in Lafayette Park.

“It just looks like a big, beautiful modern glass building,” said Greiner, who relocated from Providence, Rhode Island. “It’s 50 years old and looks brand new. I have lots of friends who live in Lafayette Park and I’m stunned by how clean and simple and beautiful it is. This is ingrained in the younger generation of interior designers who want cleanliness, modernity and less fussiness.”

Meanwhile, Wright homes are known for low-pitched roofs, overhanging eaves and open floor plans. A feel of openness is a key element to the feel of the Mach-E.

A major Mach-E priority is a commitment to clean and simple modern lines, Greiner said. “I’ve been inspired by the Frank Lloyd Wright homes, his prairie-style movement where all his rooftops were cantilevered. And they’ve always kind of defied gravity to me — feeling super lightweight and almost impossible. I tried to incorporate as many floating elements in the interior as possible, to keep it feeling light and airy.”

Greiner, a trained industrial designer from the Cleveland Institute of Art, said the armrest on the console of the Mach-E is completely floating.

“It gives a feeling of space and lightness,” he said. “The top of the dashboard is the same way, to separate the dash into two halves — it appears like the top half is floating.”

The touchscreen in the middle of the SUV feels like it’s floating, too, Greiner said, pointing to Mies van der Rohe qualities.

“His design with curtain walls, walls of glass, used to let light in rather than provide structural support,” Greiner explained. “Everything is floating.”

He pointed to the iconic Womb Chair, designed by Saarinen in 1948, and said it led the design and texture of the fabric sound bar on the Mach-E dashboard with “simple, honest material.”

Back to the future

In the 1960s and 1970s, car designers often looked to architects for inspiration, said Maeva Ribas, manager of design research and strategy at The Carlab, an automotive product planning consulting group based in southern California.

She described recently meeting with a highly ranked global automotive designer in charge of European projects who talked about looking to classic architects again.

American automobiles have tended to mirror pop culture throughout history.

“So the jet age, the postwar 1950s boom, you had this very futuristic design,” said Jonathan Klinger, vice president at Traverse City-based Hagerty, the world’s largest insurer of collector vehicles. “The classic Detroit example would be the 1959 Cadillac. The taillights resembled the after-burners of the jet. Many interiors had a very aviation, jet-inspired feel to it.”

Now there’s a new playbook with a fully electric vehicle.

“Designing an all-electric car from scratch involves incredible freedom, because the vehicle doesn’t have an engine or a transmission that create challenges like the little hump on the floor in the backseat, where the exhaust pipes or driveshaft run, ” Klinger said.

Drivetrain elements usually require an internal combustion engine up front, but all that goes away when a car uses electricity instead of gasoline.

Joel Stone, senior curator at the Detroit Historical Society, said the city has been a center of architectural design for a century, though few realize the breadth of influence.

“Over time, classicism was reflected in the Cadillac and Packard and Lincoln. Then cars got slicker and more imaginative,” Stone said. “Some of the prototype cars are absolute spaceships and not very practical but from those … designers learned how to bend metal and figure out what to do with windshields and shape windshields and plastics.”

Andrew Blauvelt, director of Cranbrook Art Museum, said the academy is known as the place that actually gave birth to the mid-century modern movement in America. It’s often associated with post-World War II optimism, the Mad Men era and the end of fascism. But it started in the Cranbrook studios in 1930s.

“People like the Eameses, Saarinen, Bertoia, Knoll, they were working on curves and softer shapes and more humanist design,” Blauvelt said. “There’s geometric abstraction — with perfect triangles, circles and rectangles, from places like Germany’s Bauhaus — and then there’s organic modern design, which is more fluid. It’s a different philosophy that comes from Scandinavia, where nature is the source of inspiration. Cranbrook transplanted that seed in America.”

More:New F-150 design consumed his life — and inspired his house

More:Ford Motor team had to plead with Bill Ford to give back not-yet-released Mustang

Contact Phoebe Wall Howard at 313-222-6512 or[email protected].Follow her on Twitter@phoebesaid. Read more on Ford and sign up for our autos newsletter.

Decorations with a homespun vibe

Sat Dec 5 , 2020
Along with bread-baking and closet reorganizing, another nesting trend on the home front is “cottagecore” style. “The cottagecore aesthetic swarmed the internet this year with its revival of traditional ideals and the glorification of a simple yet charming cottage lifestyle,” says Amanda Brennan, trend expert for Tumblr. Engagement on the […] 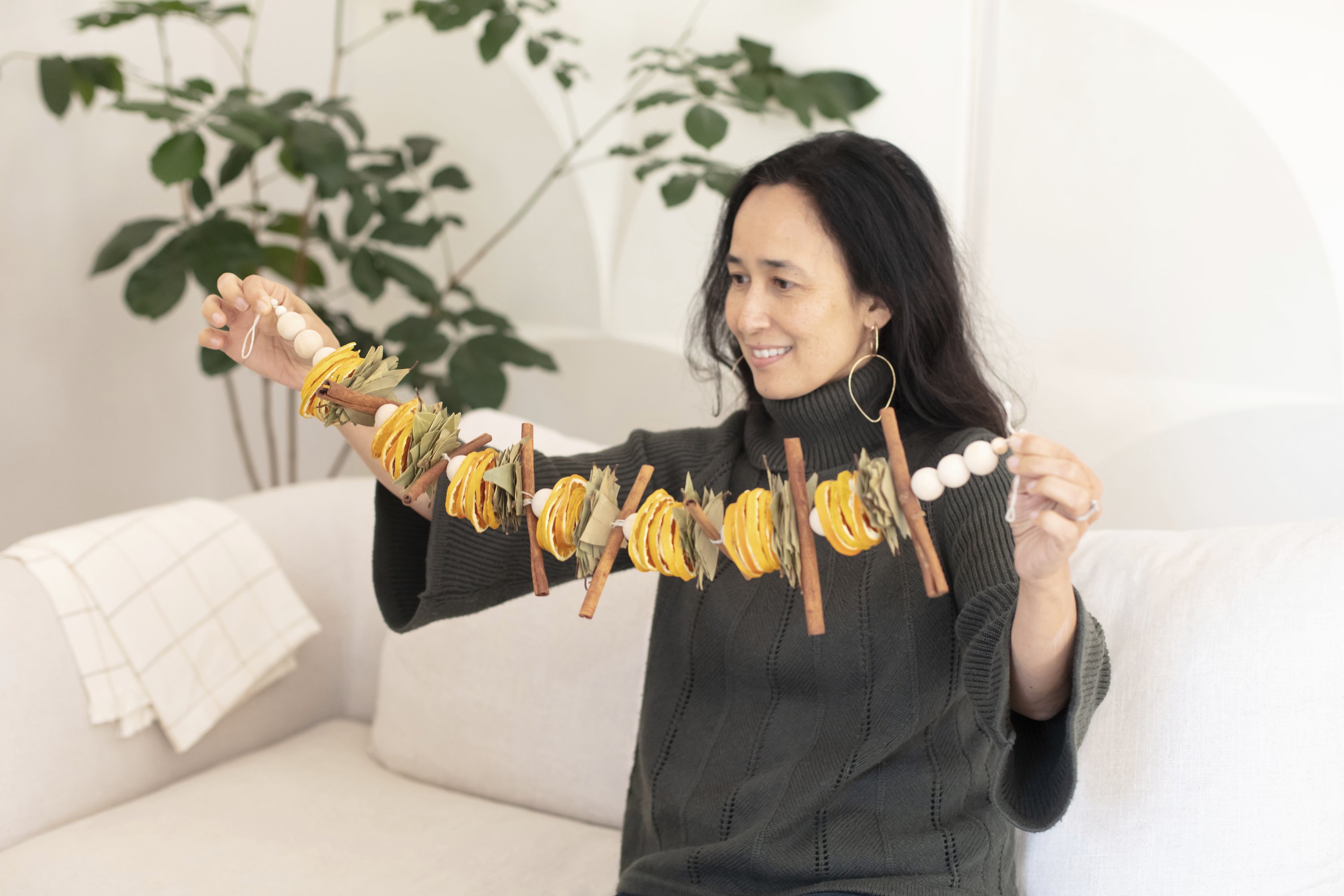